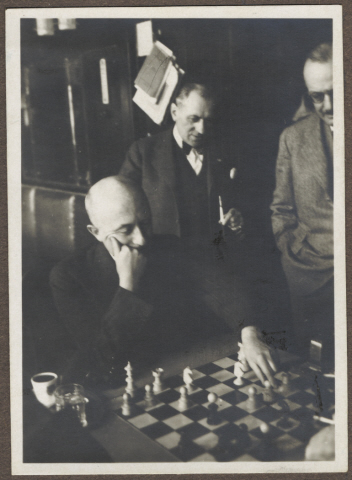 Michal (Misa, now Michael) J. Kraus is the son of Dr. Karel Kraus and Lotte (Lola) Kraus nee Goldschmid . He was born on June 28, 1930 in Trutnov, Czechoslovakia and grew up in Nachod where his mother's family had lived since the 1600s. His father was born in Nachod in 1891 and received his medical diploma from the University of Vienna in 1910. As an army physician during World War I, he was gassed and injured. After the war, he returned to Nachod where he established a practice as a general practitioner. Michal attended a Czech elementary school; he spoke Czech at home with his parents and some German with his nanny, who came from the Sudeten part of Czechoslovakia. Because Nachod was on border with Germany, during the mobilization of the Czechoslovak army in the summer of 1938, which preceded the Munich crisis, Michal and his mother moved to the house of relatives in Hlinsko. As a physician, his father stayed in Nachod. After the conflict's resolution, they returned home. In early morning March 15, 1939, German soldiers crossed the border into Czechoslovakia. Upon seeing them, camped in the main square in front of her windows, Michal's aunt took her own life. The Nazis soon enacted numerous antisemitic ordinances. Michal was expelled from school, and his father was prohibited from practicing medicine. The family's valuables were confiscated. In mid 1940 two other families moved into their house, and in September 1941 the Krauses were evicted from their villa and forced to live in a single room in a house without running water on the Judengasse (a street where many of the poorer Jewish families lived). Then, in December 1942, all Jews were sent to Hradec Kralove and from there deported to Theresienstadt. Michal first lived with his mother in L-425, and the following March he moved to the boy's dormitory in B-IV, the Hanover Barracks. In June he received an abridged bar mitzvah in the attic of one of the former army barracks. In September 1943 the Heim moved to somewhat better quarters in Q-609. There, together with the other boys, Michal contributed to the Magazine "Kamarad" (Friend). On December 15th, one year after arriving in Theresienstadt, Michal's family was sent to Auschwitz-Birkenau. Michal was tattooed with the number 168497. His father received number 168496 and his mother 71253. For six months they were housed in the so-called family camp B 11.b. In June 1944 his mother was sent to Stutthof, a concentration camp in nothern Poland near the Baltic Sea; she perished there in January 1945. Michal's father, Dr. Karel Kraus, who was not well at the time of the liquidation of the family camp, was sent to the gas chambers on July 11, 1944.

On July 6 Michal was one of 89 boys (later referred to as the "Birkenau Boys") between the ages of 14 and 16 selected by Dr. Mengele and sent to the Maenner lager (B.II.d.) where they were housed in the punishment block number 13 under the command of the Blockelteste Bednarek. Eventually he was moved into another barrack and worked in the Unterkunft, an assignment that gave him an occasional opportunity to see neighboring camps and communicate with and provide minor assistance to recently arrived prisoners from Terezin. In January 1945, as the eastern front advanced towards Auschwitz, he was forced to walk in extreme cold and snow ("death march") to a railway station in Gleiwitz. From there he was shipped in open rail cars to Mauthausen, a huge concentration camp in Austria, where he stayed only a short time. From Mauthausen he was sent to Melk, one of many sub-camps of Mauthausen. As the front advanced Michal and the other boys returned to Mauthausen. From there on April 28, 1945, he went on a 60 kilometer forced "death-march" to Gunskirchen. On May 5, 1945 the German guards fled and American troops arrived. Severely ill with typhoid fever, Michal was taken to an American-run hospital in Hoersching, a former Luftwasse air-force base. In mid-June he began his journey home by boat, on foot and by train, arriving in Prague on June 28, 1945. There Michal learned that his mother had also perished. He spent another month and a half in a sanitarium in Stirin, and then went to live with a friend of his parents, Vera Loewenbach, in Ceska Skalice. In September he moved to Nachod to resume his schooling and lived with other family friends, Rudolf and Vilma Beck. The Becks had survived the camps but lost their son who would have been the same age as Michal. Rudolf also was involved with Bricha, the illegal organization which brought Jews from Eastern Europe to the West and eventually to Palestine. Nachod served as a major station on the Bricha route, and as many as a dozen or more people stayed in the Beck's home. That fall Michal began composing a diary of his war years to honor the memory of his parents. He completed the three volume work in 1947. In the summer of 1948 Michal's guardian arranged for him to join a JDC orphans' transport to Canada. Michal traveled to England and from there he sailed on the S.S. Aquitania to Canada. Michael completed high school and one year of university in Montreal and in September 1951 immigrated to the United States and enrolled in Columbia University's School of Architecture. In September 1957 he returned to Europe and traveled through several countries until June of the following year when he accepted a position with an architectural firm in London. In October of 1959 Michal found a job with a Swiss architect in Geneva, where he eventually met Ilana Eppenstein, an Israeli medical student. They married in May 1963 and returned to New York the following year, eventually settling in the Boston area three years later. Of Michal's large extended family, only an aunt and one cousin survived the Holocaust.