A memorial to the writer, critic, and editor, Max Brod. 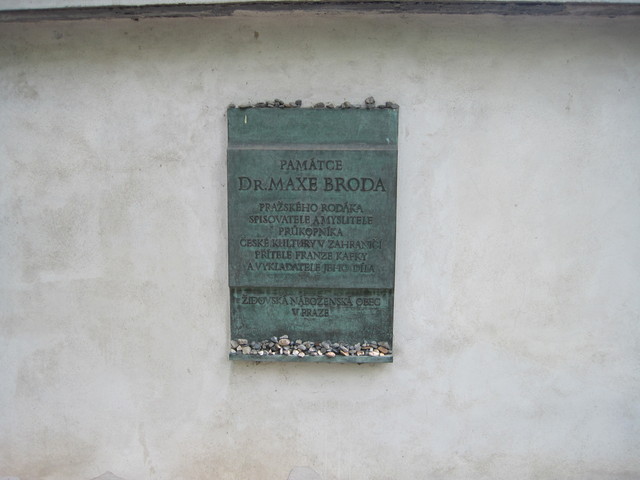 Since its founding in 1891, the New Jewish Cemetery in Prague has reflected the rising and falling positions of Jews within the city, and indeed in Bohemia as a whole. A stunning collection of architectural styles, the cemetery takes the visitor from late-Habsburg neo-classicism to constructivism to finally minimalism. Yet it is as an open history book that the cemetery realizes its full import; from the forgotten crypts of German speaking Jewish burghers to the frequently visited grave of Franz Kafka, the cemetery provides a tangible link to the vibrant modern lives of a now largely forgotten multi-ethnic Prague.