The Old Jewish Cemetery of Prague 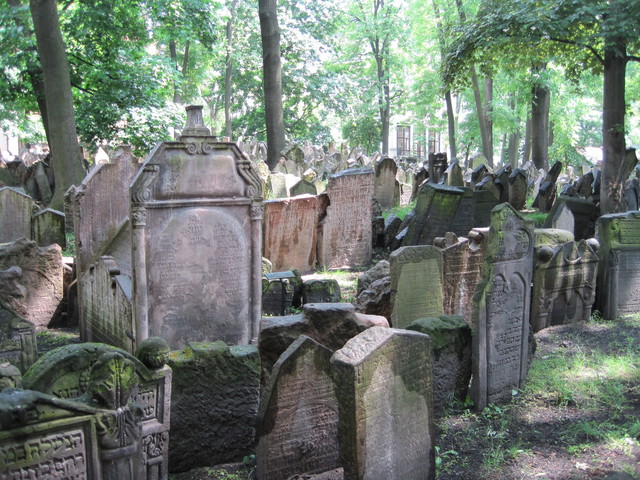 The Old Jewish Cemetery has been many things since its founding around the first half of the 15th Century; hallowed resting place, quiet sanctuary from the grind of ghetto life, and now modern tourist attraction. Through it all, the place has enthralled Jews and Gentiles alike, being an otherworldly maze of death to some, and a beautiful affirmation of life to others. Whatever your perception, the Old Jewish Cemetery is a singular place. A place whose simple headstones reveal a great deal about the world of early modern Jewish society in Bohemia.